Everything you need to know about dual-core vs quad-core processors, higher clock speeds vs more cores, price vs performance, and What is a Core? And how much faster quad-core vs dual-core for gaming.

Quad-Core vs Dual-Core for Gaming? 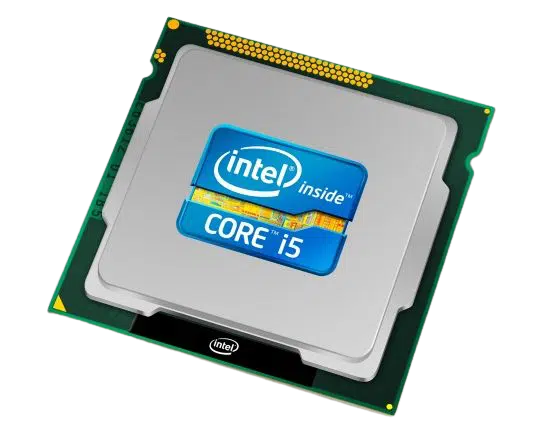 Gaming is one of the most resource-intensive tasks you can perform on your PC. As such, dual-core processors are not the ideal CPUs for gaming. They’re reserved for entry-level PCs that aren’t designed to do a lot of heavy lifting.

That said, depending on your overall budget and the game you intend to play, a dual-core processor may or may not be right for you. Regarding gaming, we often recommend investing in at least a quad-core CPU.

Your system performs much better when gaming on a quad-core CPU than a dual-core CPU.

What is a Core?

The processor is the most important decision when buying a new laptop or building a computer. But there is a lot of jargon, especially about the cores. For example, do you need a dual-core, quad-core, hexacore, octa-core, or higher processor?

The faster you will solve it. But only a certain number of applications take advantage of having more cores; the rest are only based on the clock speed that is measured in GHz. Also, read How Many Cores Do you Need for Gaming and Streaming? Expert Recommendation in 2022.

There is always only one processor chip. That chip can have one, two, four, six, eight, ten, twelve, or even sixteen cores. So if you find a single-core CPU, the processor chip has one core. And a dual-core processor has two cores; a quad-core has four, a hexa-core has six, an octa-core has eight, and so on.

An 18-core processor is the best you can get in consumer PCs. You could buy a 64-core AMD Threadripper, which is available to consumers, but that’s more processing power than most regular consumers could think of using.

Each “core” is the chip part that does the processing work. Essentially, each core is a central processing unit (CPU).

What is Dual Core?

A dual-core CPU is a central processing unit that has 2 processors. Each processor has its controllers, allowing the dual-core processor to work more efficiently and effectively than single-core processors. They can perform tasks faster because there are two processors. AMD X2, Intel core duo, and others are examples of dual-core technology.

Computer processors are usually forced to halt when switching threads. However, dual-core processors can handle two simultaneous threads at once. This process is known as hyper-processing.

What is Quad Core?

A quad-core processor is a central processing unit that has 4 processors. Multiple cores allow chipmakers to achieve better performance without increasing clock speeds. The operating system can then divide the processing load across many processors so that the job runs faster.

Quad-core processors have many disadvantages. They use more power than single-core or dual-core processors. The individual would need to purchase cooling systems to stop the laptop from heating up.

This is an expensive procedure since smartphones do not have enough storage, so cooling systems are unnecessary. Quad-core processors can be connected to a bus with only one cache pool.

A core can store up to 8 MB of cache. A quad processor has 2 MB of cache per core. Therefore, buying a quad-core processor with sufficient cache is more expensive.

The Difference Between Dual-core and Quad-core CPU

You may think that more cores will make your processor faster, but that’s not always the case. It’s a bit more complicated than that. More cores are faster only if a program can divide its tasks among the cores. Not all programs are developed to split tasks between cores. More on this later.

As a result, the laptop’s battery life will be shortened unless you use larger batteries. In short, processors that use more cores and are in the same price range will have a lower clock speed. So should you go for more cores or a higher clock speed?

Before you decide, you must know how to use your PC or laptop. Choose the higher clock speed if you want it for lighter tasks like internet browsing.

However, we recommend using quad-core processors if you need a laptop for heavy work and multitasking.

Maintaining a balance between price and performance is important when choosing a laptop with the right CPU. If you’re on a budget and looking for a laptop to perform just basic daily tasks, then a computer with a dual-core processor will work just fine.

On the other hand, a quad-core processor is usually more expensive and suitable for more intensive tasks. So, strike a balance between performance requirements and your budget, and then decide which processor to go for in a laptop or desktop.

The reason behind this is the problem of scale. Theoretically, with scaling, the software allocates tasks to the appropriate cores to compute at its maximum speed. How software usually works in real life. Instead, the tasks are divided randomly or sequentially.

For example, if you are using a quad-core processor and your computer needs to perform three different tasks for a single action. The software will divide the tasks sequentially or randomly.

However, in most cases, the software is not smart enough to distribute the longest and most difficult tasks between different cores for greater efficiency. And the cores that perform the less time-consuming tasks will finish faster.

Since the cores with the most time-consuming tasks are not finished yet, the others will have to wait for them to complete. So even though spread the task across different cores, the overall efficiency didn’t increase much.

So we see that many programs today cannot take advantage of multiple cores to their full capacity. That’s why doubling the cores doesn’t necessarily mean faster render time.

Therefore, you will get faster speed with multi-core processors only if you use multithreaded programs specifically designed to use multiple cores.

Dual-Core or Quad-Core Which one is Better?

If you read this far, you understand the difference in speed and price, but which is better for specific cases? A newer dual-core processor will generally outperform an older quad-core processor due to a higher clock speed.

But it also depends on the type of applications you run. Let’s see how different users have different requirements and what type of processor best suits each.

If you want a laptop for everyday tasks like chatting and browsing the web, we recommend a dual-core processor because of the higher clock speed.

However, if you want to run all these programs simultaneously, quad-core will boost your performance.

If you are a hardcore gamer, get more cores for your PC because most games support multithreaded architecture.

A dual-core processor is sufficient for basic programming and development. However, if you want to test virtual machines, go for a quad-core processor.

A higher base clock dual-core processor will work fine for most image editing, as such software benefits more from clock speeds.

Suppose you want to work with video editing programs like Adobe Premiere Pro, Final Cut Pro, etc. In that case, more cores will be more beneficial as most of these programs take advantage of multithreaded processing, and for DaVinci, Resolve, you will need at least one Quad-core CPU.

Although clock speed is more important in music software, getting a quad-core with a better clock speed will be worth the investment.

But as a general rule of thumb, a quad-core processor will draw more power from your laptop (and run out of battery faster).

More factors than the core affect the heat generated by a processor. But again, as a general rule, more nucleos generate more heat. Because of this additional heat, manufacturers must add better heat sinks or other cooling solutions.

More cores are not always a higher price. As we said earlier, clock speed, architecture versions, and other considerations come into play.

Twice the Cores is not Twice the Speed.

So let’s say you have the correct software and all the rest of the hardware is the same. So would a quad-core processor be twice as fast as a dual-core processor? Do not. Increasing cores does not solve the problem of software scaling.

Core scaling is the theoretical ability of any software to assign the correct tasks to the correct cores so that each core is computing at its optimal speed. That is not what happens in reality. Tasks are split sequentially (which most multithreaded software does) or randomly.

How the Software will Divide the Tasks:

However, the software is not smart. If A1T3 is the hardest and longest task, the software should have split A1T3 between Core3 and Core4. But now, even after Core1 and Core2 finish their tasks, they have to wait for the slower Core3 task to complete the action.

A roundabout says that not all software is optimized to take advantage of multiple cores. And doubling the cores doesn’t always equate to doubling the speeds.

Where do More Cores Help?

Now that you know what cores do and their constraints to increasing performance, you need to ask yourself, Do I need more cores? Well, it depends on what you plan to do with them.

Dual-Core and Quad-Core in Games

If you consider yourself a gamer, get more scores on a gaming PC. Most new AAA titles (i.e. popular games from big studios) support multithreaded architecture. Video games still rely heavily on the graphics card to look good, but a multi-core processor helps too.

Which Processor Should I Choose for my Needs?

To answer this question, it is important to identify the purpose of your laptop. If you’re looking for a laptop that can last an entire day on a full charge, a Core i7 is a good choice. If you prefer a lightweight laptop, a processor or Core M or Core i3 is a good choice.

Should I get More Cores?

A quad-core processor will perform faster than a dual-core processor for general computing. Each program you open will run on its core, so if tasks are shared, speeds are better. If you use a lot of programs simultaneously, switch between them frequently and assign them their tasks, then get a processor with more cores.

Just know this: Overall, system performance is an area where too many factors come into play. Don’t expect a magical boost when changing a component like a processor. Choose wisely and purchase the right processor for your needs.

What Makes a Laptop Faster in RAM or Processor?

Can a Laptop Have 2 Processors?

Generally, a laptop cannot have two processors. To find out the answer, you’ll need to know what kind of processor it has and what operating system it’s running. If you have one of these, your laptop may only have one processor.

Should I go Higher than Quad-Core?

Although Hexa and Octa-core processors offer better multitasking performance, they are also more expensive and are reserved for premium laptops. Running everyday tasks on these laptops would be overkill.

What is a Quad-core Processor?

What is the Difference Between Dual-Core and Quad-Core?

On the other hand, a quad-core processor can multitask at a better speed. However, its clock speed is lower than that of the dual-core processor, and it heats up relatively quickly. More cores do not necessarily mean higher overall speed.

And maintaining a balance between budget and performance requirements is extremely important. Don’t forget that the CPU is one of the components of a computer. You’ll also want to keep RAM and GPU in mind.

Whether you’re looking for a laptop with a dual-core processor or one with a quad-core processor, all you need to do is put your requirements in our Best Brings to find the best suggestions.