CPUs can make a big difference in gaming performance, but having a 10 core/20 thread processor isn’t always necessary for a good experience. There are many good gaming CPUs on the market, some with fewer cores (1-4) and some with more (6-+10). But despite the many options, how many cores do you need to play?

According to a Steam survey, quad-core CPUs are the most popular for gaming (45.44%), followed by six-core CPUs (26.42%). Most modern games require 4-6 cores to run; however, a high clock speed is also required. CPUs with 4-6 cores are the sweet spot for gaming.

How Many Cores for Gaming and Streaming? 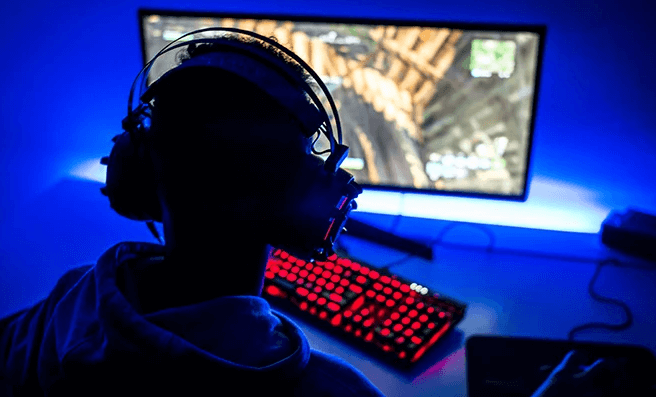 In general, the more cores a CPU has, the more tasks it can complete at once. A jump from 2 cores to 4 cores can result in higher FPS in modern games. However, a jump from 6 to 8 cores generally results in less FPS gain.

The amount of FPS you get with 4 or 8 cores also depends on the title itself. Not all games are optimized for a specific number of cores; For example, Counter-Strike: Global Offensive runs great on two cores, Battlefield 5 already needs four cores to work best.

A CPU is a central processing unit that processes the tasks at hand based on their inputs. Since gaming is a high-performance task and streaming requires a much more powerful CPU processor. I use the 8th generation Intel Core i7 CPU processor which has eight cores where they are best at keeping up with gaming and streaming tasks.

But if you are a regular gamer and want to get the best configuration for your budget gaming PC, you should get at least an Intel Core i5 processor which has four cores to handle regular gaming tasks.

What Does a CPU Core Do? 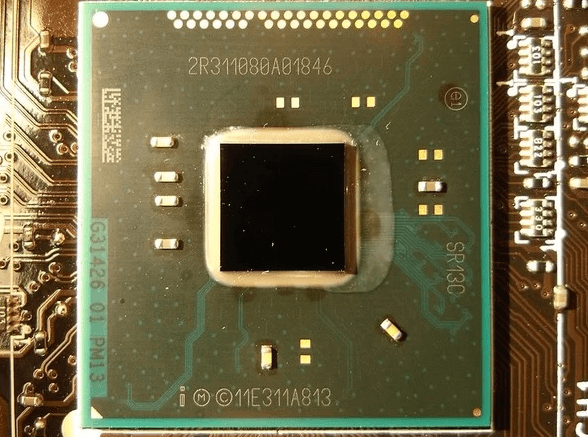 A central processing unit (CPU) contains individual processing units (cores), which receive instructions for a single computing task. After completing the tasks, the information will be temporarily stored in random access memory (RAM).

Central processing units with multiple cores can complete multiple tasks at once. For example, it allows the user to edit documents while watching a video or browsing the web. For gaming, choosing a CPU that can keep up with incoming information quickly, such as audio and video, is crucial.

Hyper-Threading cores can improve performance and speed by up to 30% (click here to learn more about HP Hyper-Threading). Also, read more in detail How to Choose Best CPU The Right Guide?

How Many Cores Do you Need for Streaming?

For streaming and high-end work like video editing and processing, six to twelve CPU cores will be required that can support streaming and gaming simultaneously. You can also add more CPU cores to increase threads for additional workload and keep the CPU load balanced.

Most games are optimized by the developer to run on four CPU cores and two additional cores for streaming. So a computer with an Intel Core i7 processor configuration with a minimum of 8GB RAM should be enough for gaming and streaming at the same time. 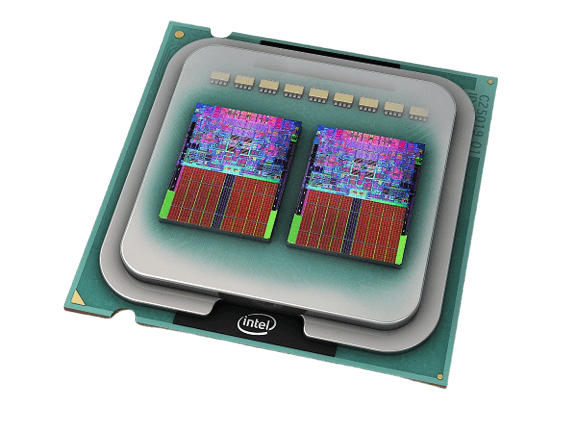 In simple terms, the core count indicates how many tasks a CPU can handle simultaneously. In the past, single-core CPUs were not capable of multitasking. Instead, they would simply switch quickly and switch between priority tasks. Needless to say, it didn’t perform very smoothly.

This changed in 2005 with the release of the first commercial dual-core CPUs, paving the way for other multi-core processors. CPUs with 4, 6, 8, and more cores soon hit the market over the next decade.

Still, while multi-core CPUs can offer clear improvements over multitasking and various professional programs, how much of a difference does a higher core count make when it comes to gaming?

In the past, having a CPU with a large number of cores usually didn’t mean much, as many games simply weren’t programmed to take full advantage of multiple CPU cores. However, the situation has changed drastically in recent years.

Naturally, since multi-core CPUs have been widespread for more than a decade, developers began to make proper use of this CPU’s capabilities, optimizing their games for multi-core performance.

Single-core performance is still more important than multi-core performance for gaming. However, since most games today will use multiple CPU cores, the core count should not be neglected either.

That said, if we were to make some generalizations, we’d say that going six-core is the best middle ground for gaming in 2022. The best CPU picks for most mid-range builds are either the Intel Core i5-9600K or the AMD Ryzen 5 3600X.

That doesn’t mean quad-core CPUs are suddenly unsuitable for gaming. They are still very viable for economic construction. Unfortunately, today’s quad-core models can hardly be considered future-proof, and will inevitably bottleneck most mid-range cards to some degree.

On the other end of the spectrum, the benefit of CPUs with eight or more cores will depend entirely on the GPU you pair them with. For example, it doesn’t make sense to pair an i7-9700K with a GTX 1660 Ti.

But if you have your sights set on a higher-end GPU like, say, the RTX 2080 Super, then a more powerful i7 or Ryzen 7 CPU would be. a good idea.

Games that use More than 4 Cores 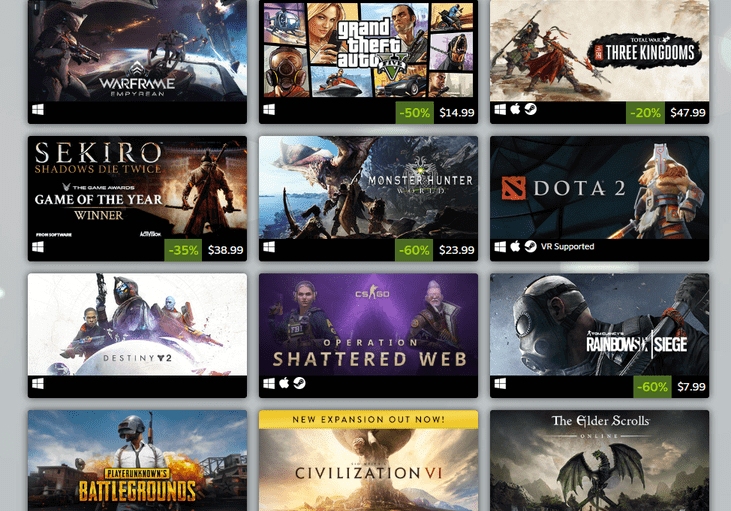 Some games use more than 4 cores whereas multiple CPU cores are used for the games with other activities and AI commands. These games are Witcher 3, GTA 5, CIV 5, Ashes of the singularity, Cities Skyline, PUBG, Scum, Battlefield V, Tom Clancy’s Rainbow Six Siege, Project Cars 2, Hitman, Assassin’s Creed: Odyssey, Forza Horizon 4, and Shadow of the Tomb Raider.

I have included some games in the above list while game developers take advantage of high-performance PC processors to optimize their games. You need to keep in mind and make sure you have a high number of CPU cores to make sure your PC is ready for the future gaming experience.

Is it Better to Have More Cores to Play With?

In addition to the CPU, the graphics card (GPU) is also an essential factor for gaming. Still, having a powerful CPU can support the GPU, as demanding games require both a smart CPU and a powerful GPU.

CPUs can complete tasks that GPUs aren’t good at, such as non-player character (NPC) AI functionality. Some games run better with more cores, like The Witcher 3 or Battlefield 5, as they are optimized for more cores.

Other games may run better on fewer cores, like Counter-Strike or League of Legends, because they are optimized to run on fewer cores.

Depending on the game, a fast GPU is more important than a CPU with many cores. For example, Minecraft, Counter-Strike, and LoL all run perfectly on two cores.

That said, if you want the best possible performance, you need to go for a powerful processor like the Intel® Core™ i7-8700K. Choosing a powerful/high core count CPU also makes the system more future-proof.

With emerging technologies like ray tracing, games are expected to become more demanding in the coming years. Upgrading your gaming PC with a good CPU ensures you won’t have to upgrade for years to come.

What is the Minimum Core Count for Gaming? 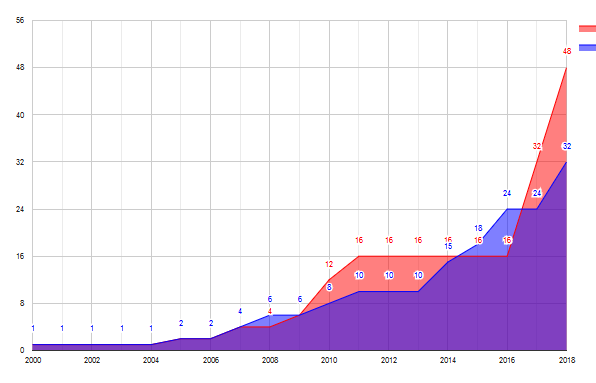 There are quite a few games that run on a single core; however, if you want to play modern titles like Call of Duty, Battlefield, or Fortnite, you probably need to upgrade. The minimum core count for gaming is two cores so that the processor can handle more than one task at a time.

The most demanding games generally require four cores on high settings, such as The Witcher 3, Battlefield, GTA 5, or Far Cry 5. If you are looking for the right CPU for your PC, keep in mind that clock speed is also an essential factor to consider.

Highly clocked CPUs can complete certain tasks faster, reducing the time you have to wait to interact with your applications and programs.

So you don’t need to get a powerful CPU with lots of cores all the time as you need to choose a core count, depending on the games you want to play on PC.

Does any Game use 8 Cores?

There are no game titles that require an octa-core processor, such as the Intel® Core™ i7 10700K. However, games can still use eight cores, but they won’t run at full speed.

For example, Battlefield V uses all six cores of my Ryzen 5 3600 processor, but they only run at 68% to 80% performance.

Yes, most games are designed to use multiple cores and are effective with streaming. Some games are programmed to use only one or two cores, but having more CPU cores will help in other tasks like video editing and rendering.

How many Cores and Threads do I Need to Play?

You’ll need a processor with 8 cores and 16 threads, at least a 6 core and 12 thread unit if you want to build a gaming PC that will sustain you for the next 4-5 years without the need for major graphics card upgrades. or a new processor.

Not at all. Even the most modern AAA title games still use only 4 cores. Once you get into VR, it’s nice to have more

Are 4 cores and 8 threads good?

Most games are optimized to run on a quad-core CPU, and approximately two cores are required for streaming, so for best results, a machine running an Intel® Core™ i7 processor or higher with at least 8 GB of RAM is enough to play games and stream at the same time.

Many computer processors are fast, but the AMD Ryzen 9 5900X is the kind of speed that’s made to keep your games running smoothly. A lot of this comes down to the way the processor is built.

Unlike its Intel competition, the AMD Ryzen 9 5900X tightens the design so that each of its 12 cores has an easier time accessing information.

Because of that, your games will run smoothly, especially if they don’t require a lot of core. There’s a reason why AMD processors are incredibly popular even in laptops.

What is the Fastest Ryzen Processor?

AMD’s 64-core, 128-thread Ryzen ThreadRipper 3990X desktop PC processor is considered to be the fastest CPU in the world in 2021. The CPU boasts a base clock of 2.9 GHz and a maximum boost clock of 4.3 GHz that facilitates multitasking and fast loading times.

It is AMD’s newest CPU and the world’s first HEDT (High-End Desktop) processor, designed for high-end 3D rendering as well as video and visual effects professionals.

One particular standout is the Core i9-10900K, a 10-core, 20-thread CPU that Intel is calling the world’s fastest gaming processor. That’s a bold statement coming from Intel because in the last two years all the momentum in the enthusiast segment has been on AMD’s side.

AMD’s resurgence caught Intel off guard, and to make matters worse, Intel struggled to make significant headway in moving to a 10nm node.

Are 4 Cores Enough to Play?

Yes, most games use four or more CPU cores and a minimum is recommended and should be fast CPU cores. You can get the CPU with a hyper-threading model which will add and increase the performance of the game.

So it’s good to have 6 to 8 cores Since four CPU cores may not be future proof where new games will use multiple cores and you should have CPU cores that have high thread capacity.

These CPU processors are expensive and will help you maintain gaming PC performance well into the future. I hope this article is helpful for you if any questions feel free to hit the comment below I will answer your question.