So many people always ask, What are the differences between surveillance and Security Cameras? Security cameras are one of the most important pieces of equipment to protect your property and overall things. Whether in your residential environment or office, installing security cameras is a must for both. These monitor your home for intruders, watch your employees for suspicious activity, or check for outside intruders. 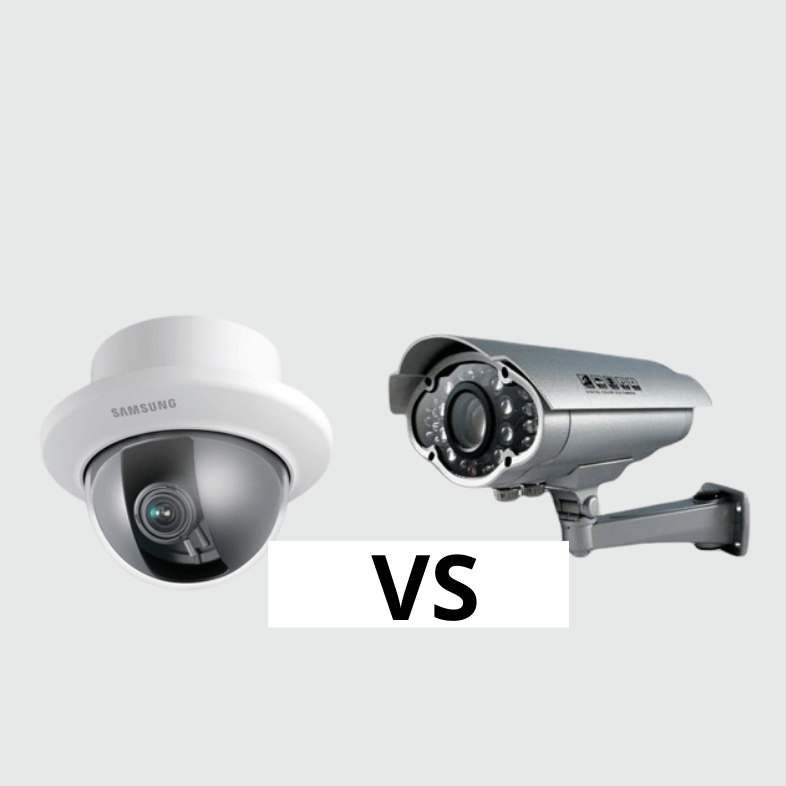 What are Surveillance Cameras?

However, surveillance cameras can be expensive and complex, with many requiring complete surveillance systems, including screens, to monitor the activity captured by the cameras.

Although technology has advanced over the years for surveillance cameras, allowing you to stream images to your mobile devices, they are still more of a solution for business or government use.

Additionally, surveillance cameras can be tampered with if criminals know where they are, which can also be costly.

Why are Surveillance Cameras Good?

It’s very hard to get away with stealing something if cameras are rolling. Therefore, the thief will often catch. Surveillance cameras will catch the thief before or during the process of committing the crime.

What are Security Cameras?

Security cameras can be placed almost anywhere but are mostly dedicated to private use. Security cameras are highly versatile from inside the home or business to the outside.

Security cameras help deter crime with advanced motion sensors and infrared night vision technology. Motion sensors detect each movement, so if an uninvited person is in her backyard, she’ll know when it’s happening.

Security cameras only record when motion is detected, saving energy and bandwidth. Darkness has nothing to do with infrared night vision security cameras, allowing you to see activity anytime or at night.

Security cameras also allow you to view your surveyed area in HD, allowing clear images to know what you’re looking at. Security cameras have made their way into doorbells, so you always know who’s at the door.

Some doorbell cameras allow you to speak to the person at your door, so if you don’t want to answer the door, you can always ask what brings them to your home.

What is CCTV Cameras?

Security cameras, also known as CCTV cameras, transmit signals from a particular location to a remotely located monitor. In contrast, surveillance cameras typically work on IP networks that connect the camera from the area remote to the assigned security location.

CCTV and surveillance cameras are video cameras that are powered by advanced technologies. CCTV, known as Closed Circuit Television, transmits a signal to a specific monitor located at a distant location. At the same time, the surveillance camera often works on IP networks that connect the security (surveillance) cameras from the remote location to the main location.

Which Camera System Can You Buy?

It depends on you what you need and can afford. Surveillance cameras may be perfect for public spaces and larger businesses but come at a hefty price tag. 24/7 surveillance helps catch everything happening at any time of day.

They’re great tools for when you need to protect your home. Here are some Advantages and Disadvantages of the best home surveillance cameras.

Most of the significant benefits of benefits cameras. Whether the cameras are discreetly placed in the home or the workplace, the sight often scares anyone with bad motives into knowing their illegal activity has been captured. That is a great solution for areas with crime problems and can help keep your office or home from being an easy target.

Observation of scenes and activities

Security cameras can be placed anywhere as long as a power source is nearby. Depending on your needs, you can install mounted or hidden cameras to help monitor the activities of people visiting your home or office. A great way to spot and track dubious visitors.

Compared to dummy cameras, real cameras are expensive to install and maintain based on features, number of cameras, and monitoring systems.

Technological advances have led criminals and other intruders to become more tech-savvy, allowing them to identify real or dummy cameras and find ways to disable or disconnect the cameras’ power supply.

Security cameras have created controversies in all fields, especially in professional sectors. Employees often cite them as an invasion of privacy or take their presence as an implication that their employer doesn’t trust them.

A person is likely to commit a crime when they know there is a surveillance camera that could catch them in the act. Furthermore, any suspicion of the occurrence of a crime in a certain place, the area may be cleared as a precautionary measure.

Surveillance cameras are very efficient as you can easily access the camera feed on the internet or your smartphone.

The major drawback of using surveillance cameras as they often require the purchase of system accessories separately. Also, repairs to these systems can become expensive very quickly.

If you are not tech-savvy, you may find it difficult to use some of the higher-quality cameras on the market.

These camera technologies have gained much importance in many sectors due to their efficiency and work performance; closed-circuit television is used in many industrial sectors

since it captures and records each one of the activities and tasks of the industry, while surveillance cameras act as security cameras covering a wide range of areas in public sectors.

Surveillance cameras generally work over IP connections, which is applicable for long-distance video capture and recording. At the same time, CCTV cameras are applicable in public sectors such as shopping malls and other places to prevent such losses unknowingly.